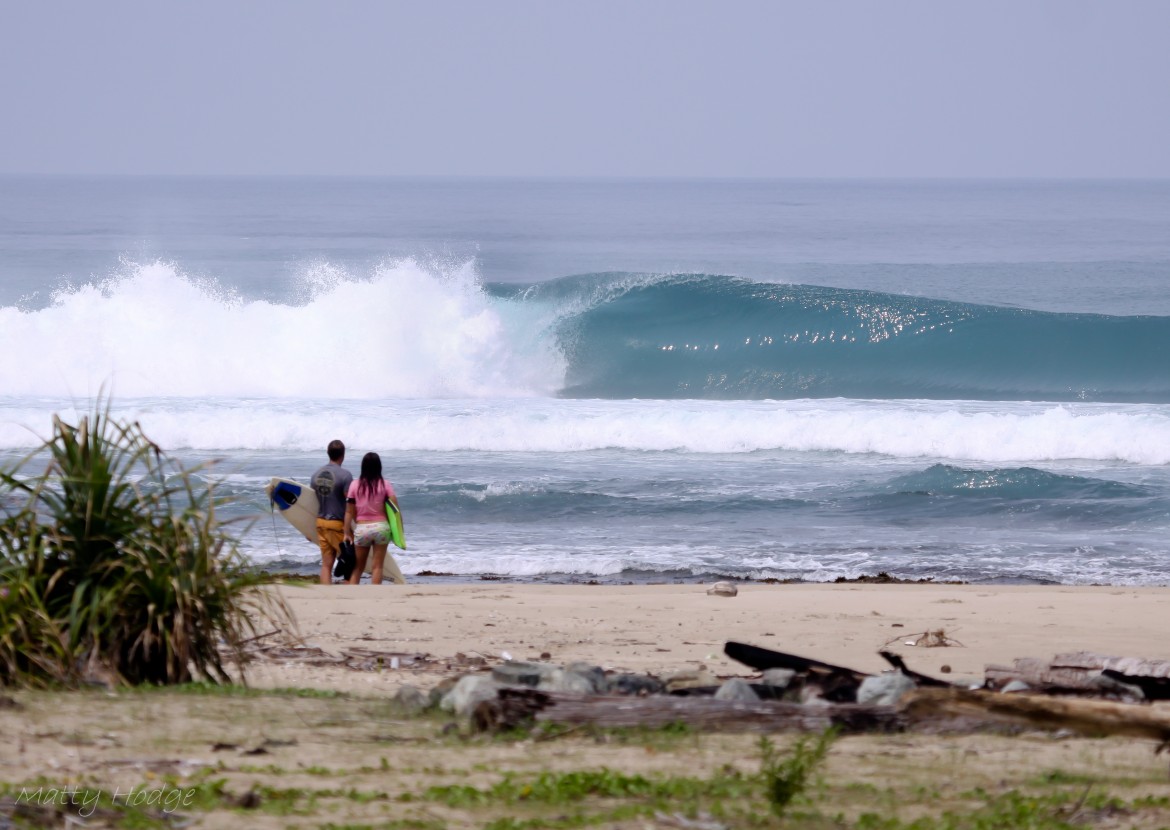 North Sumatra really is a great option during the supposed â€œoff seasonâ€ in Indonesia.Â  Most surfers consider the prime surf season in Indonesia the southern hemisphere winter, which is usually May through September, when low-pressure systems in the Southern Ocean and Indian Ocean pulse ground swells toward the equator.Â  But there can be great weather and consistent surf during the off months.Â  The weather has been great with consistent head high or better surf right through all of February.Â  We still have space available at Aura Surf Resort through April 10th, so jump down now for uncrowded barrels and good times!