Importance of Sunscreen and Surfing. 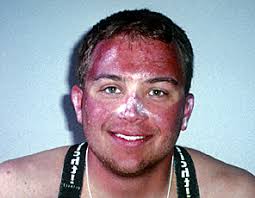 Yes we all know that most surfers donâ€™t wear sunscreen on a regular basis, but when it comes to traveling and surfing for 8 hours straight in extreme conditions it becomes one of the most important items to bring!Â  We have all used those sunscreens that either run into your eyes or gets on the deck of your board, which makes for an unpleasant surf session (especially when it is firing!).

Surfers are exposed to the sun so often and for such long periods of time that it increases the risk of skin cancer, which is very common amongst the surf population.Â  Skin cancer kills more surfers than drowning and is the #1 cause of death in surfers, it is also the most common form of cancer in the United States.Â  The Skin Cancer Foundation recommends SPFs â€œsun protection factorâ€ of at least 15, which block 93 percent of UVB rays.Â  Make sure your sun block protects against both UVA/UVB rays and reapply every 2-3 hours.Â  When the Skin Cancer Foundation asked ASP World Champion Mick Fanning how he takes precaution from the sunâ€™s rays he stated, “I avoid surfing in the middle of the day, when the sun is most intense, and every time I get out of the water, I reapply sunscreen.”

Below we have put together a few of the most popular sunscreens to wear while surfing.