Yes, season is on. After a calm summer with the absolutely absence of any winds the swells starting to roll in. 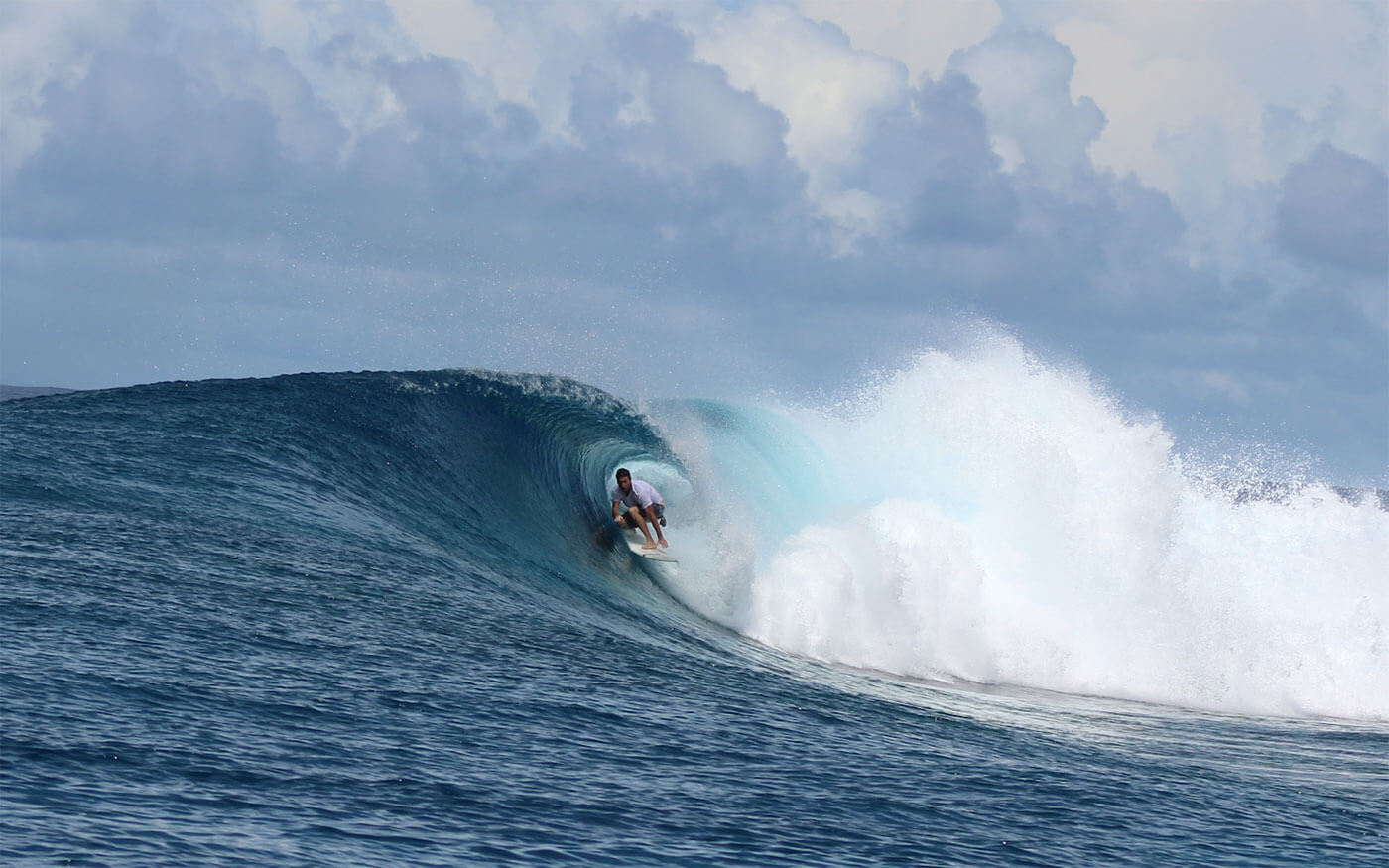 First it was typhoon Lan sending powerful swells to all western pacific. Around a week later the same typhoon turned into a north pacific low pressure system sending to Hawaii the giant swell for the Jaws contest. 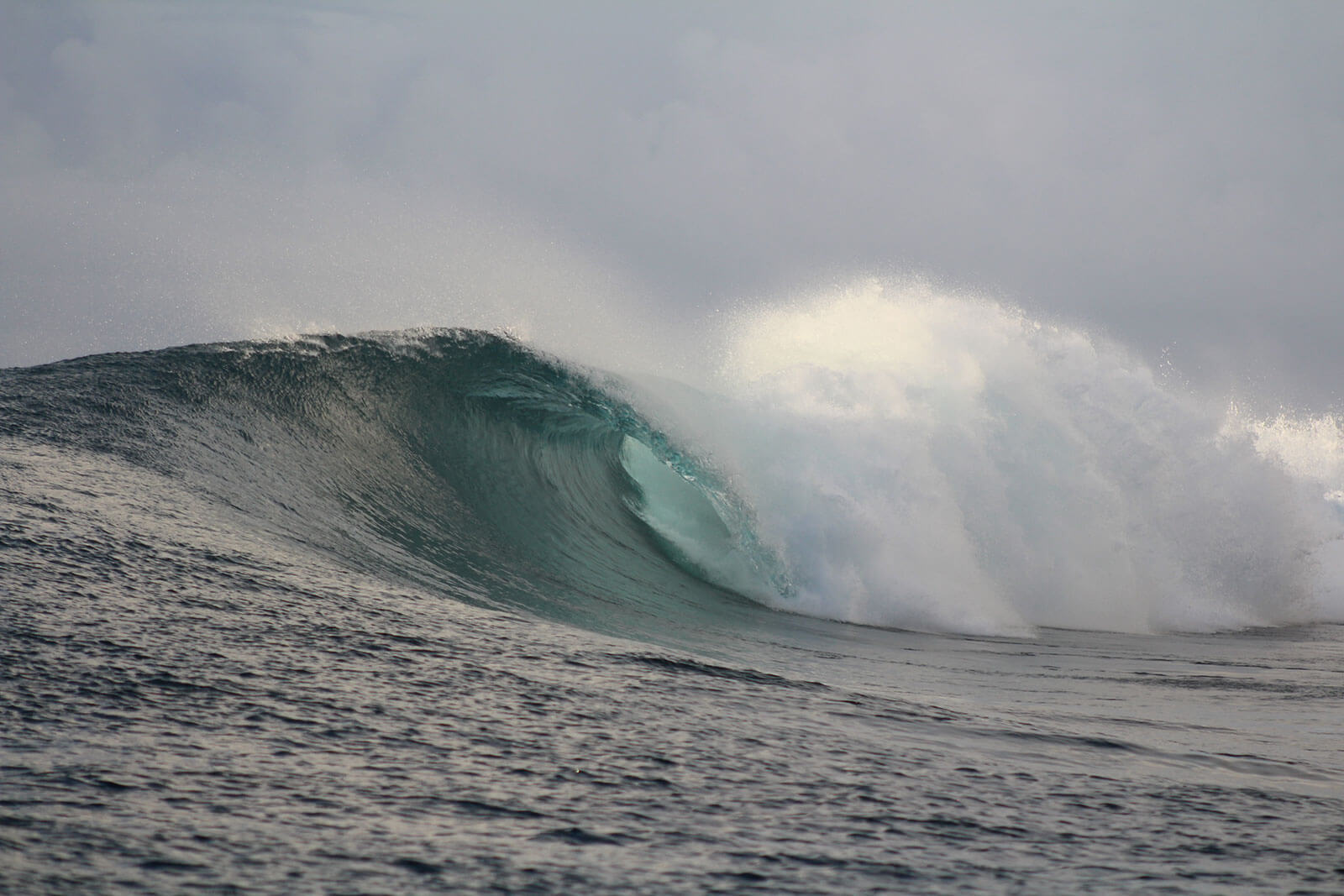 For us it started here on Saturday, October 21st with a swell with a swell from the west, around 290*. Swell high on the most exposed reefs was easy double overhead. You would be surprised how swells bend around corners and hit reefs I would never think would be getting those swells. Palikir was not an option but we found perfect waves every day. On the biggest days the ski was really helpful to get us into some bigger sets. Once the swell dropped other spots had its days of super fun conditions, as clean as it gets over fish tank water and sunny skies. 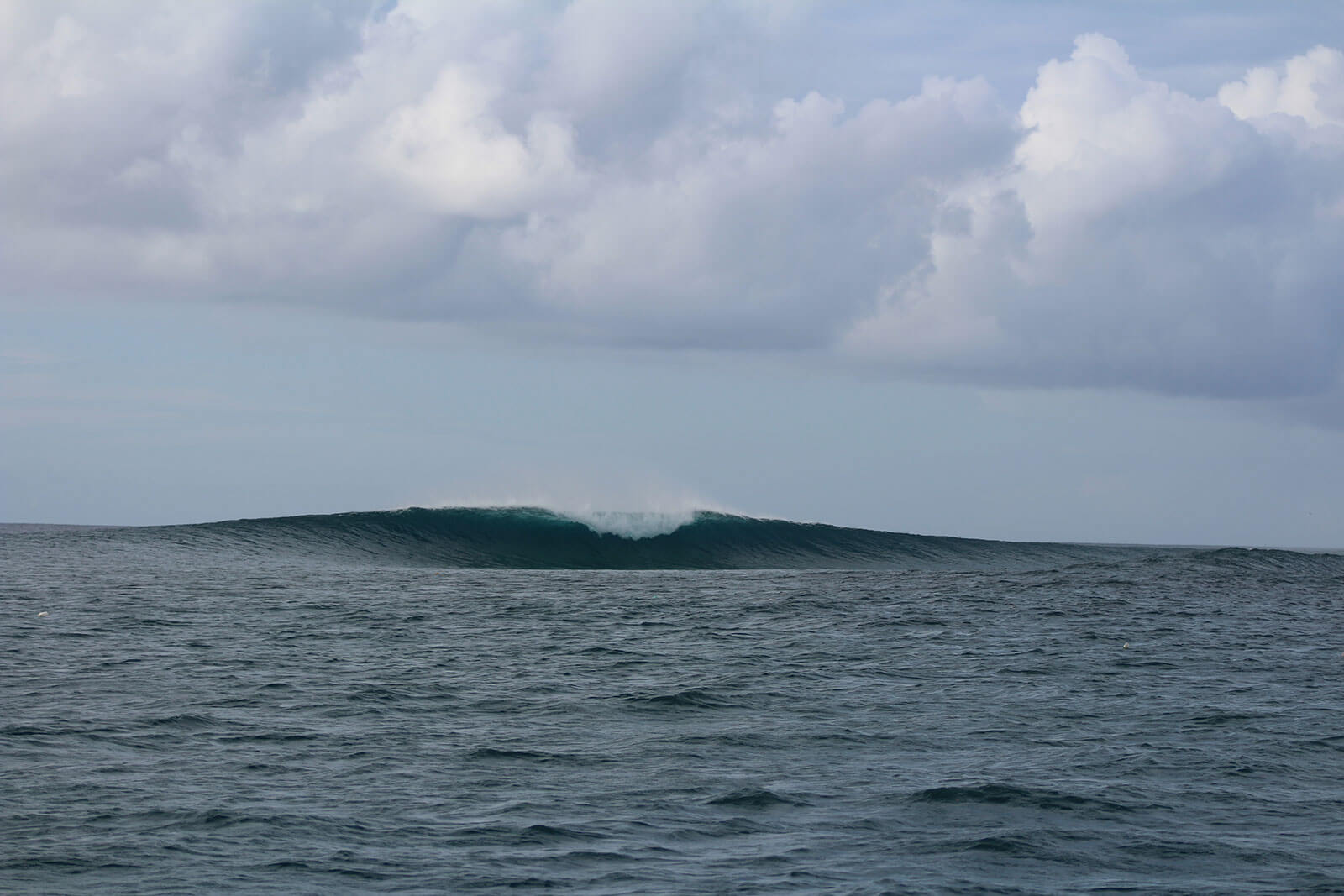 A few days later we got two back to back swells hit from the NNE first and then form the NNW. Both were showing very little on the forecast, around 3 to 4 ft and 11 to 13 seconds period. Wasn’t expecting much but on both swell sets were easy double overhead on take offs under really clean conditions again. 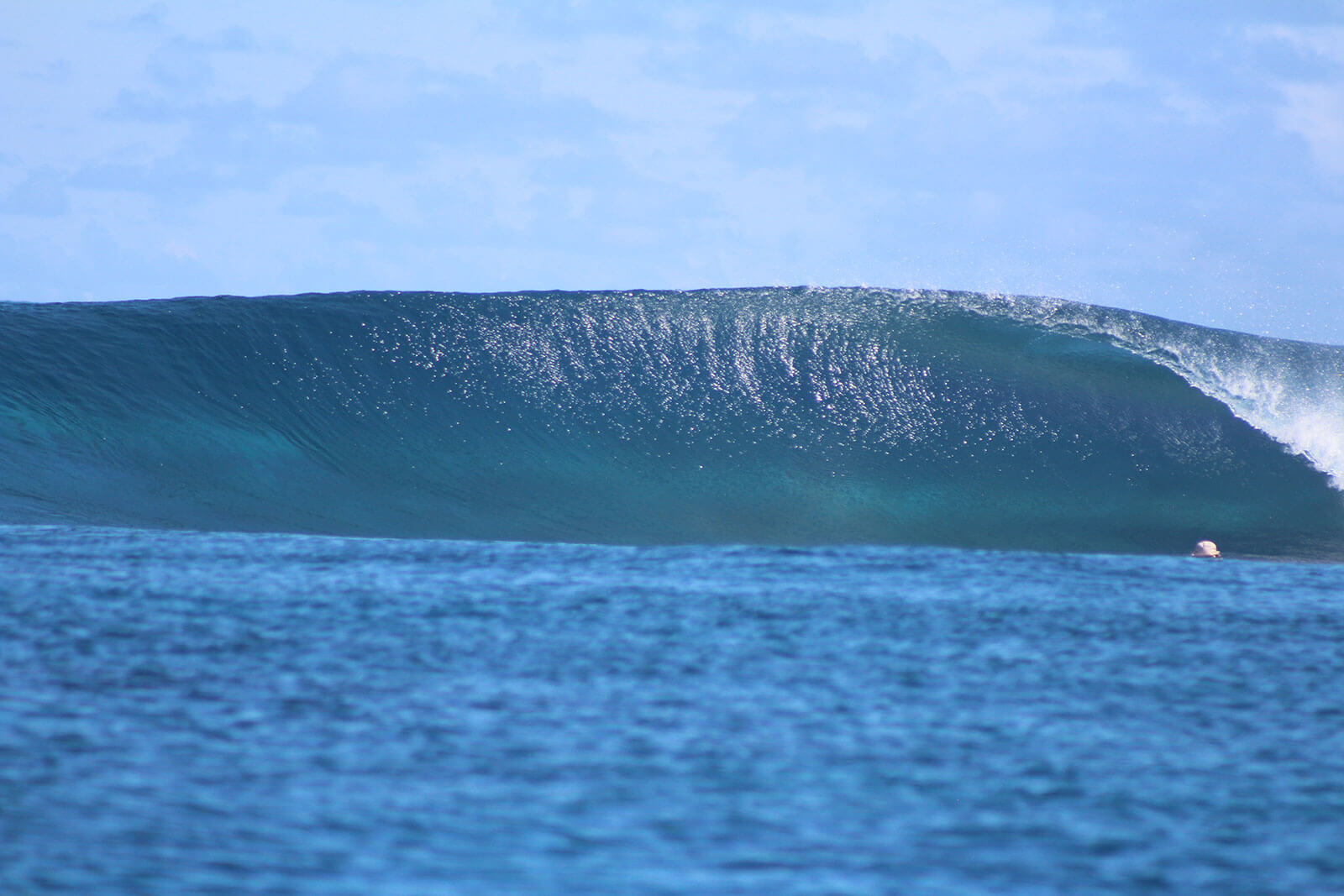 As I write this we are on day 16 of none stop surf (just waiting for the tides to come in and head out).

These typhoon swells are tricky. Sometime deliver, other don’t but for those who took chances, the rewards were amazing. Only one friend of my came with an open ticket and no expectations. As soon as he booked that flight the forecast changed and it was on! That was the crowd for most days, two guys out. 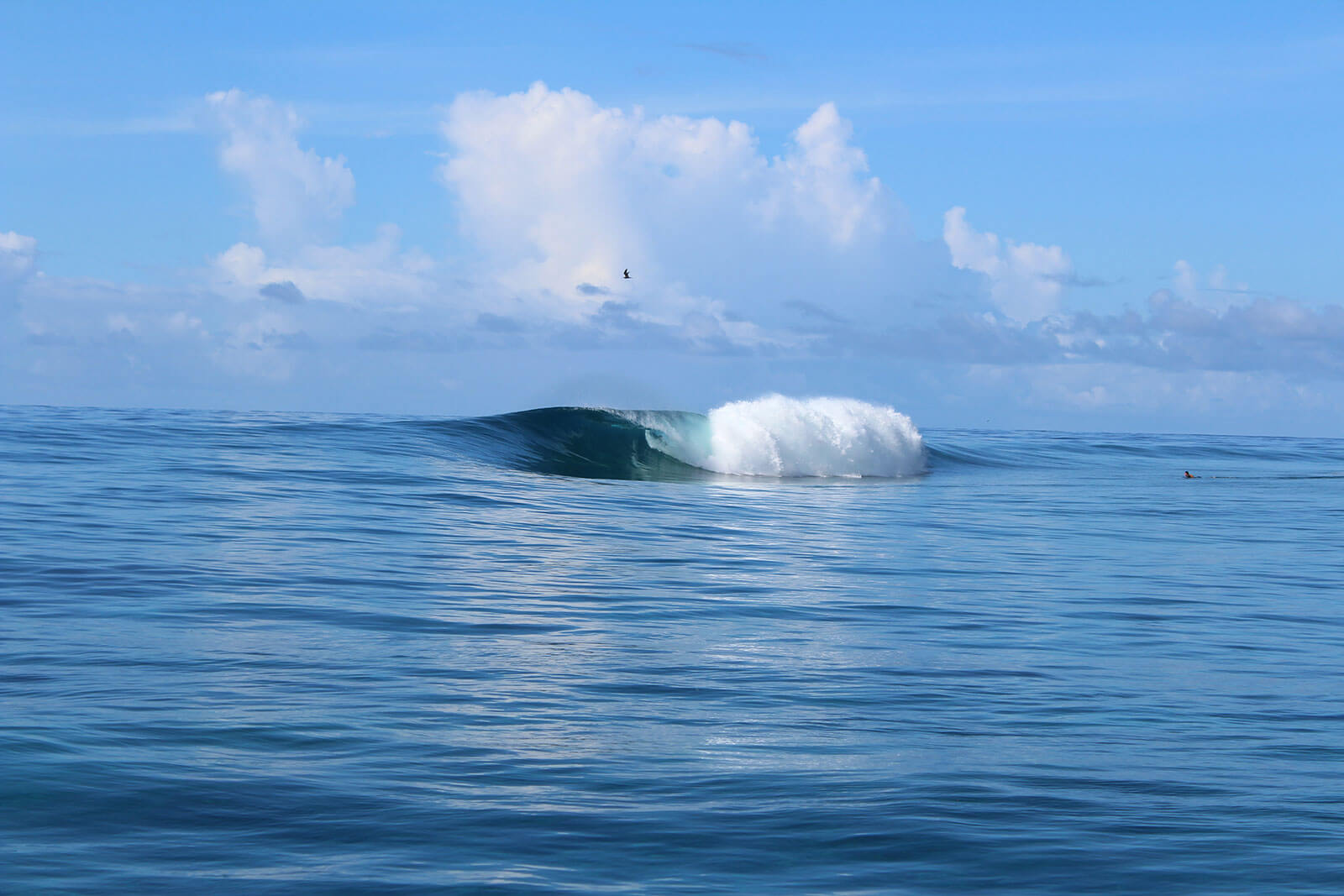 Taking chances can have amazing rewards. March 2017 was the best month last season, and the least crowded. With an average of 5 surfers in town and three weeks of good surf, at times bigger than most guests could handle. 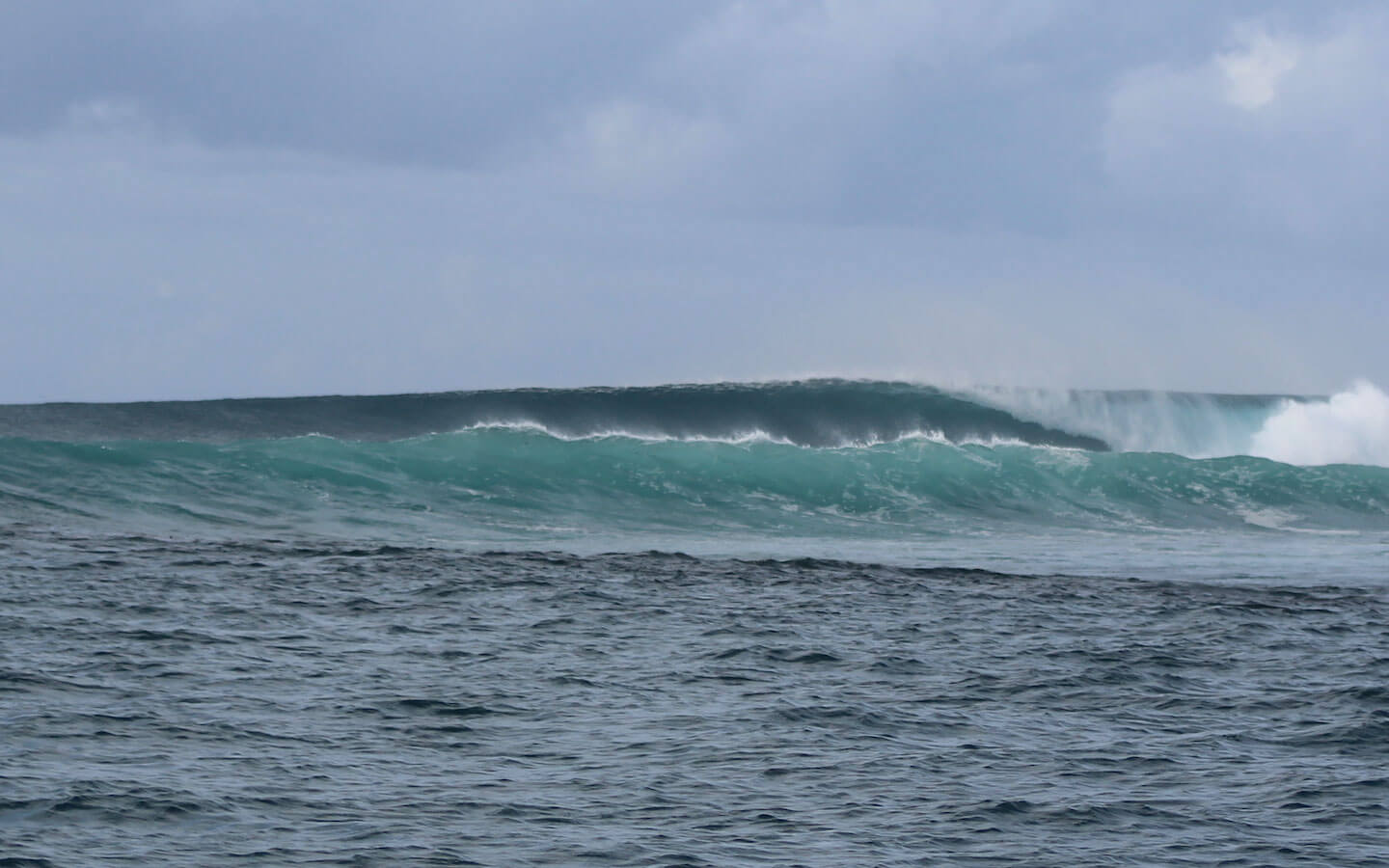 As for now the forecast has calmed down a bit. Looks like a little bit of North in around a week or 10 days. Hardly anyone here for November. December getting really booked and for January and February lots of room. March no one booked but I am betting on it. Not unusual to have great surf through March and April, like that famous Shane Dorian day and what followed.

For me, time to jump on the boat and head out.